Tohoku University plans to open a new program for international academic-industrial collaboration on integrated electronics R&D in spring 2013. Tokyo Electron Limited (TEL) announced it will participate in the STT-MRAM research program, and will also develop manufacturing equipment technology for the program.

TEL has been collaborating with the university on Spintronics memory technology since December 2011, and apparently are also developing STT-MRAM STT-MRAM production equipment technology and integration technology together.

The researchers now looked at an entire cell, and found outÂ that the annealing temperature that yielded the maximum resistance variation exceeded the temperature necessary for maximum thermal stability.

A couple of weeks ago we reported that Nanounity has signed a Sales & Marketing agreement with Mountain Scientifics (MSI) to promote the MSI QSW-Gen3 Quasi-Static Wafer tester product for STT-MRAM devices. Today Nanounity says that they haveÂ received an order for a QSW-Express STT-RAM Wafer level Prober from a leading semiconductor equipment manufacturer. 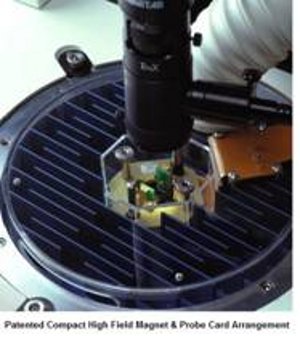 Nanounity says it has signed a Sales & Marketing agreement with Mountain Scientifics (MSI). Nanounity will promote the MSI QSW-Gen3 Quasi-Static Wafer tester product and associated accessories such as a patented magnet & probe card arrangement with In-Plane and Perpendicular Fields for the testing and characterization of STT-RAM devices and HDD recording heads. 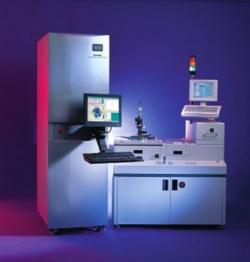 The QSW-Gen3 (initially released in 1999) is the first and only commercially available tester for STT-RAM and HDD production.

MicroSense says that they see an increase in orders for its MRAM magnetic metrology systems. MicroSense's metrology tools characterize the magnetic properties of multi-layer wafers used in the development and manufacturing of perpendicular MRAM. They offer a 300mm Polar Kerr (out-of-plane) MRAM metrology system, the KerrMapper (in-plane) tool and Vibrating Sample Magnetometers (VSM) for MRAM makers. 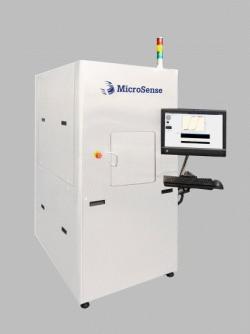 The company has been selling Gen-1 MRAM metrology tools since 2004. They say that now, with the recent developments in STT-MRAM, they see a number of new MRAM tool orders.

Integral Solutions International (ISI) released today a new wafer-level analyzer for STT-MRAM characterization, the WLA-3000. They say that this is the world's first commercially available and fully integrated solution to address the needs of production level testing of STT-MRAM wafers. 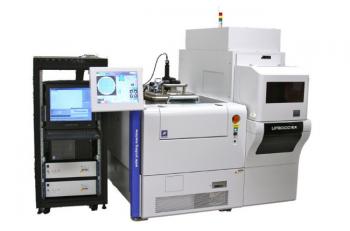 The WLA-3000 includes proprietary magnets, pulse generator module, probecard interfaces, and measurement electronics that were all specifically developed by ISI. ISI says they already shipped several of these testers which have now been qualified for high volume production testing of STT-MRAM devices.

Veeco produced a nice ad showing their NEXUS Ion Beam Deposition System. This tool is "ideal for MRAM applications" and can also be used for read/write heads used in hard disk drives:

Singulus Technologies announced it has recieved two new orders for TIMARIS vacuum deposition systems. TIMARIS systems can be used for MRAM development or research, it's not clear what will those new systems be used for. Singulus did say that they already received orders for four TIMARIS systems in 2012 in different configurations. The total order value for 2012 is apparently over â¬13 million. 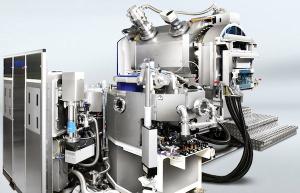 Singulus Technologies says that in the past couple of months they have noticed "increased activities in the area of MRAM memory by large semiconductor companies". The company expects MRAM development to progress and they consider themselves to be in an exceptional starting position for the upcoming growth market of MRAM memory. Their TIMARIS vacuum coating machines are already used by customers to develop MRAM wafers.

Crocus announced that they have successfully integrated their Thermally Assisted Switching (TAS)-based MRAM technology into TowerJazzâs 0.13-micron CMOS process. Crocus hopes to get samples manufactured in the "very near future", with mass production starting in 2H 2011. The first chips will probably offer 1-Mbit of storage. TowerJazz and Crocus have been working towards TAS-MRAM production since June 2009.

To achieve this milestone, a number of critical technological problems were solved, particularly in the areas of deep submicron lithography of magnetic tunnel junction (MTJ) stacks and the selection of materials for high device reliability. The newly developed technology adds only four masks to conventional CMOS manufacturing flows and is suitable for both standalone and embedded memory applications. The integration into TowerJazzâs copper-based 130nm CMOS logic process sets the stage for the market introduction of leading edge single chip memory products and embedded MRAM IP blocks to be used in complex Systems-On-Chip (SOC) for microcontroller, automotive and communications applications.